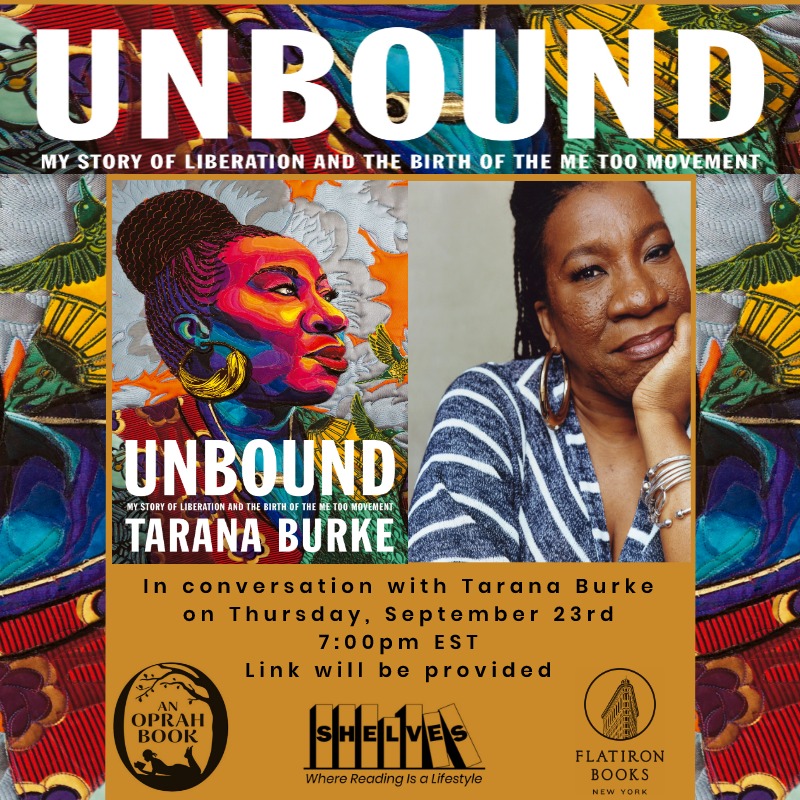 “Tarana’s memoir is one of the best books I’ve read in 2021. This Philly girl is so thankful that she’s sharing her story with the world.”

We are thrilled to celebrate the launch of Tarana Burke’s memoir UNBOUND: My Story of Liberation and the Birth of the Me Too Movement on September 23, 2021! Tarana will be joined by various guests at the NYC Botanical Gardens, where she will do a live audience Q&A during the event.

When you purchase a copy of Unbound on or before 9/23, you will receive the Zoom link to join the conversation at least 48 hours before the event.

Tarana Burke has always been struck by a commitment to justice and equity. As the founder of the ‘me too’ movement and subsequent nonprofit, Burke works to dismantle the cycle of sexual violence and other systemic issues that disproportionately impact marginalized people. Tarana’s passion for community organizing began in the late 1980s, when as a young girl she joined a youth development organization called 21st Century. Since then she has launched initiatives around issues of racial discrimination, housing inequality, and economic justice. Her work has connected a vast network of influential people, including much of Hollywood, the founder of the Women’s March Tamika Mallory, leading intellectuals and authors like Ishmael Beah and Gloria Steinem. She was 2017 TIME Person of the Year and the winner of the 2019 Sydney Peace Prize, and has been the recipient of countless other accolades. She is the co-editor with Brené Brown of the instant New York Times bestseller You Are Your Best Thing.